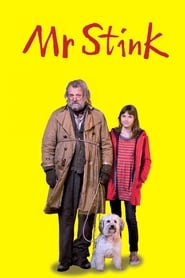 
This family comedy based on David Walliam's best-selling book tells the story of Chloe, who sees Mr. Stink every day, but has never spoken to him. Before she knows it, Chloe has an unusual friend hiding in her garden shed. As it turns out that there is more to Mr. Stink than meets the eye ... or nose.
Status: Released IMDb
Release date: 2012-12-23
Run time: 60 minute / 1:0
Director: Declan Lowney